Life in Seoul goes just so fast. I haven’t even had the time to update my blog for some time, so these are some of the things that have been going on in my Korean life:D

First, I got my flight tickets to go to Spain for Christmas. I’ll be at home from December 23rd till January 1st, so I’ll miss the three king’s day with my family for the first time in my life, but at least I can spend Christmas Eve and New Year’s Eve with them.

Last week, our boss at the Commercial Office invited us to his house to have some Spanish food and get to know us a little better. We met his wife and son who live with him in Seoul and we spent a nice evening. 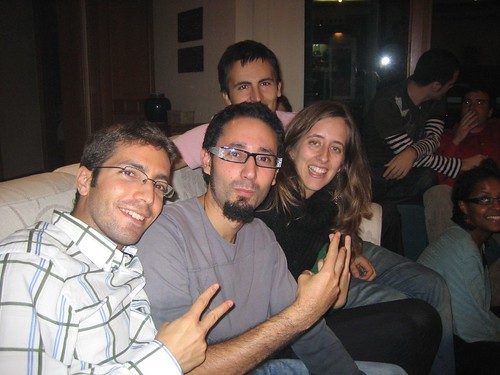 From left to right: Myself, Ciro, Alex, and Isabel.

Winter has come in Seoul. Trees turned yellow and they’ll loose their leaves soon, so before that happen I took some pictures of Yonsei Campus, which looks pretty nice now. 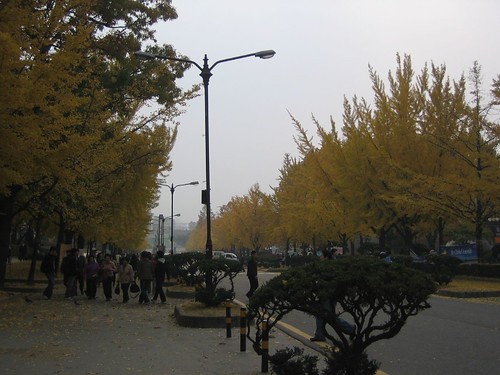 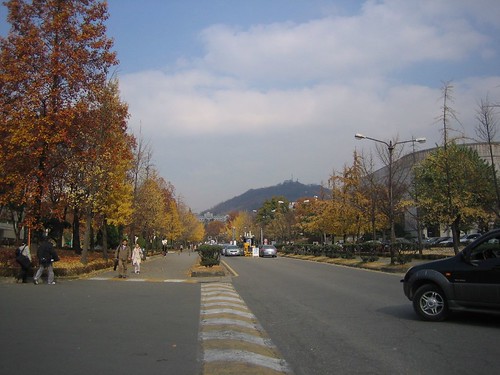 I took my housmates Ga-Young and Eun-Hye to a Spanish restaurant in Seoul. It’s called “Albayzin” and its decoration reminded me so much of southern Spain. We ordered paella and it really tasted like paella, which kind of surprised me, because none of the staff at the restaurant was from Spain:P 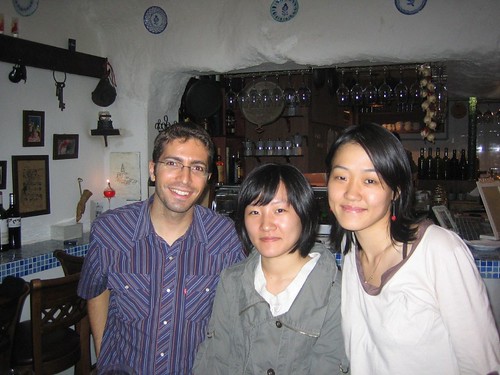 At the Spanish Restaurant. From left to right: Myself, Eun-Hye, and Ga-Young. 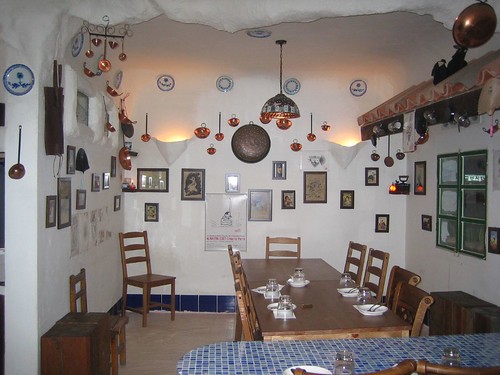 Interior of the restaurant.

After the restaurant, my housmates took me to a Korean norebang (노래방). These are the Korean version of Japanese karaokes. It was a very nice (and posh) norebang, and thankfully they had some songs in English. Even some in Spanish, like “Eres tú” by Mocedades, which seems to be quite popular in South Korea. 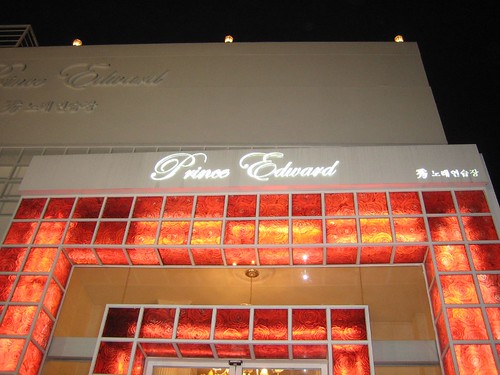 Rumiko, our Japanese classmate in Yonsei KLI (KLI stands for Korean Language Institute) turned n+1 years. So we celebrated it with some Korean food, birthday cake and beer. 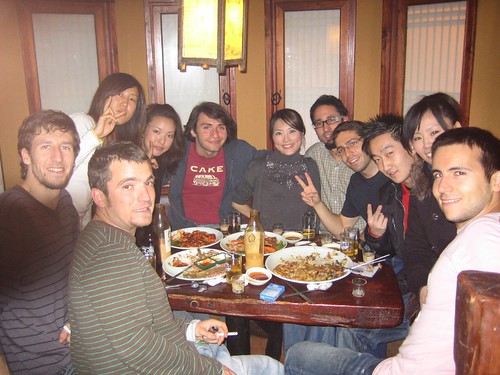 At the Korean restaurant. The bottles on the table are “Yogurt Soju“, I love it!

We went out for some beer with our taekwondo classmates. The big finding was that the bar that we went to had a table football! So I guess we will come back to this place.. many times;) 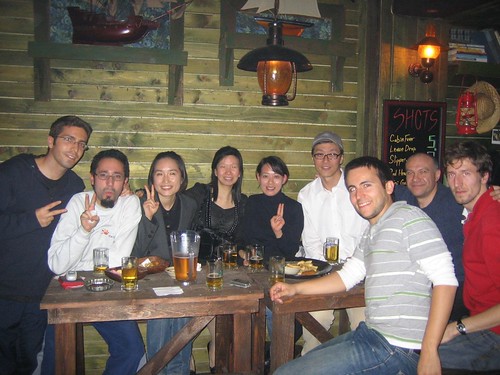 The taekwondo gang working out so hard:P

We played our first official soccer tournament as “Atlético KLI”. We lost in semifinals and honestly Koreans were in a much better physical shape than us. It was sooo cold (around 2 degrees), but we had a good time playing. 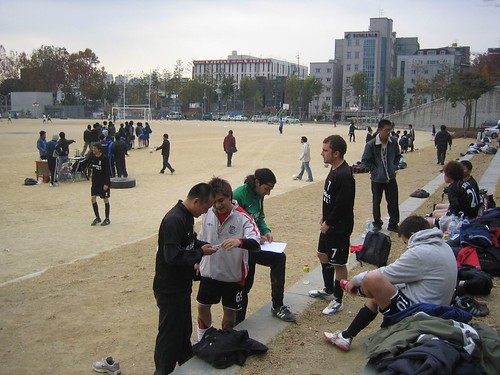 Getting ready for the game.

And this is pretty much all so far. I wish I had more free time to update more often, but right now I’m afraid that’s just not gonna happen:)