For the Children’s day, we took a trip to the East Sea of South Korea. As opposed to the west side, where most of the beaches are just mud (as we could see during our trip to Oido), this coast does have actual beaches with sand as we know them. We decided to take this trip with an organized tour, which I didn’t like very much at first, but turned to be a very good idea and we got to see many places in just one day. 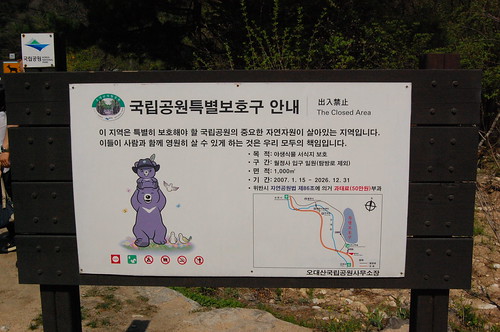 The first stop was the Odaesan National Park (in the Gangwon-do province). Being spring, everything was quite green and pretty. 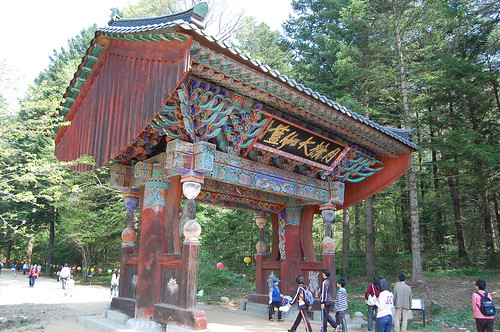 The entrance to the National Park, inside of which there is also the Woljeong-sa Temple. 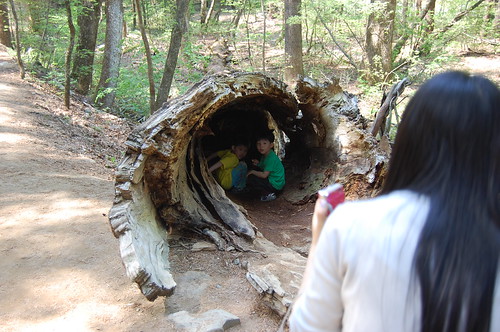 These two kids came with us during the whole trip. On Children’s Day (which is a national holiday in Korea) many parents go on trips with their children, and many families from Seoul choose the west coast.

Jiwon on a bridge with Buddha’s birthday‘s typical decoration. 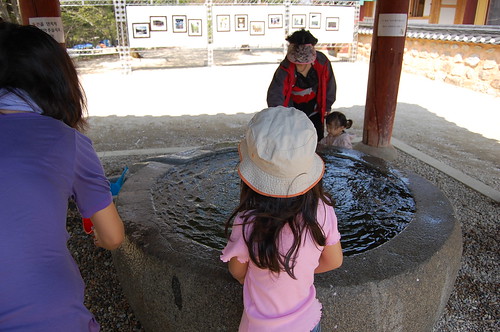 All Buddhist temples have this kind of fountain where people can wash their hands and refresh themselves. 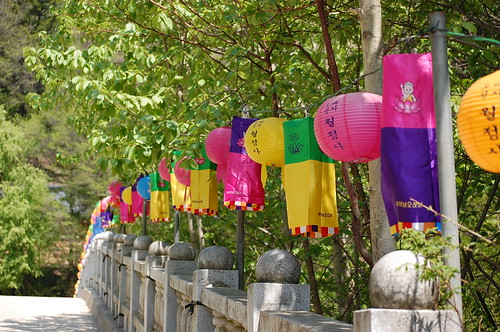 Another view of the lanterns on the bridge. 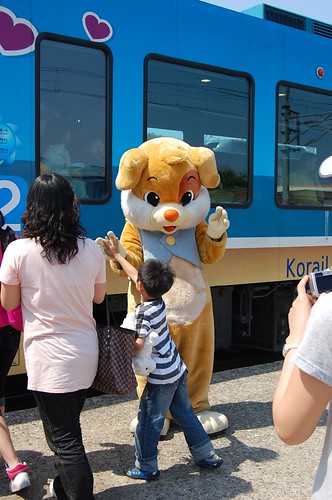 In Gangneung Station (강릉역), there is a train that goes all along the east coast. As opposed to other trains, in this one the seats are oriented to the windows on the sea side. This puppet was greeting children as they went onto the train. 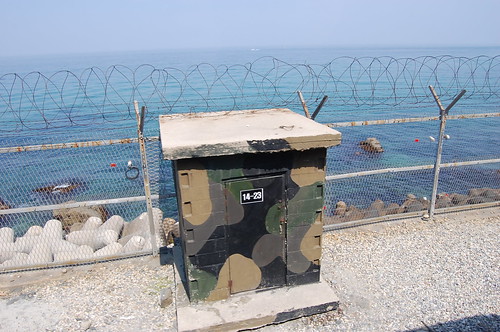 And what could be seen during the trip? Well, at least during a great part of it, this is what you could see. A fortified coast with netting and guard posts. The proximity to North Korea can be felt specially on the coasts and on the North part of South Korea. 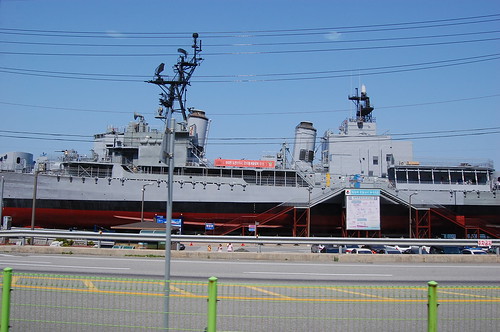 According to a sign, this North Korean vessel was intercepted when it was coming “too close” to the coast. Now they expose it as if it was a trophy.

One of the beaches without netting. 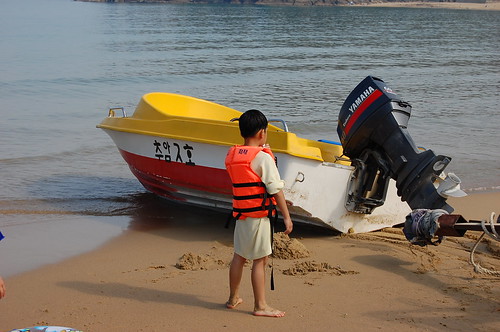 Even on children’s day, this poor kid had to work. 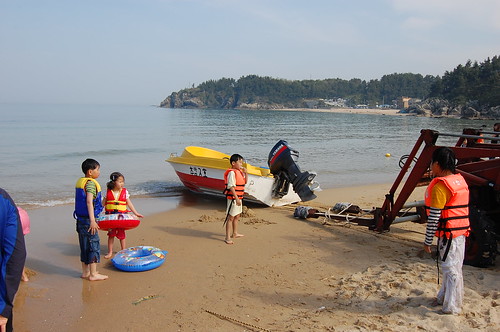 Basically, he had to watch that nobody got too close to the boat while the pushed it towards the sea with that forklift truck.