Yesterday we went to the Seoul International Fireworks Festival 2007. This even is held every year in Seoul, more concretely in Yeouido, an island made by the Han river on its flow through Seoul. This year Japan, United States and South Korea were participating in the festival.

What impressed me the most was the huge amount of people that went to this festival. I knew Asians love fireworks, but never before in my live had I seen so many people at the same place. According to the news, over one million people went to the island to see the fireworks. Here are some pictures: 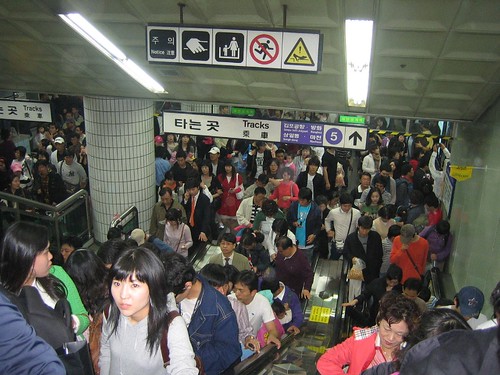 They stopped the subway escalators to prevent accidents. 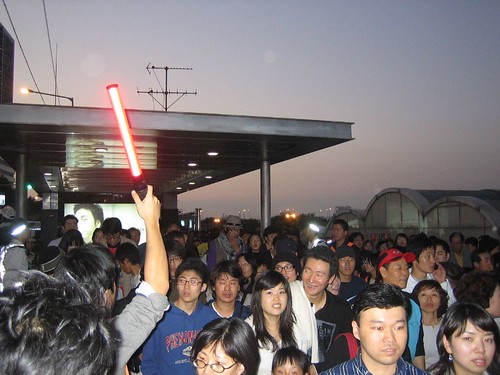 Subway exit. I stood there for 45 minutes waiting for my friends and for the 45 minutes the subway exit looked like this, people wouldn’t stop going out from the subway (and there were 4 exits!). 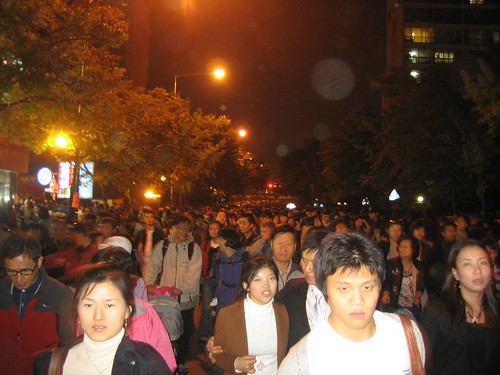 We left like one hour before the event finished because we were scared of the mass of people, but this is what we found: many people had thought like us and started leaving, even though South Korea’s fireworks were next and they must have been the best ones. That’s the main avenue, it has six lanes if I remember well. Thank god they closed the roads for the event.

And of course, to close this post, here is a video of the fireworks: 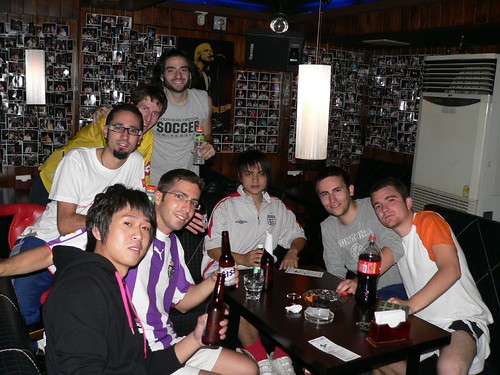 Today I met with Blaire! From now on I’ll call her Yoon-Jung, as it’s her Korean name, and I’m now in Korea:P I was so nice to see her again! She cut her hair a little shorter, which makes her look even cutter, and of course she’s as charming as always:) It’s just awesome to see how I keep seeing people I thought I would never see again. The world is much smaller than it seems;)

We went to Sinchon area to have dinner with the guys from the office and some other spaniards currently living in Seoul.

Here is a picture of all of us (with some Yonsei students) after having dinner: 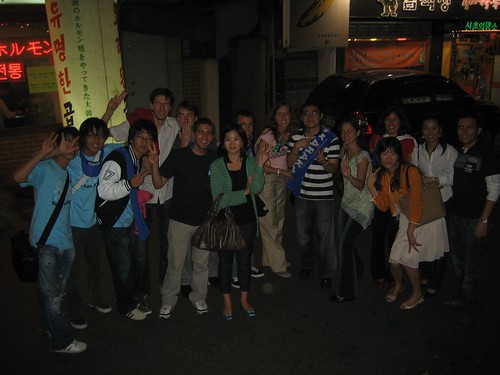 And this is Seoul’s Ballyhoo, I think I’m going to spend many hours in this place: 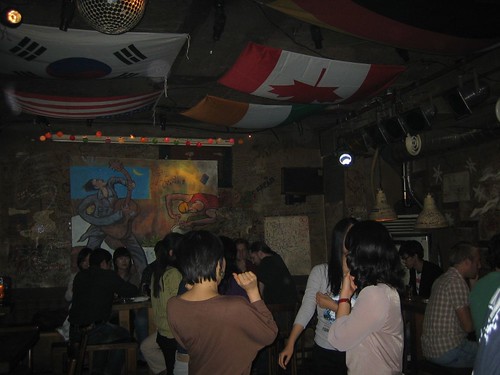 This isn’t really my first day in Seoul, but I’m as excited as if it was. I came with four more Spanish guys and all of us will be working at the Office of Foreign Trade of the Embassy of Spain in Seoul. During the first three months we will be studying Korean at Yonsei University, traveling as much as we can, and enjoying life in the capital city of South Korea:D 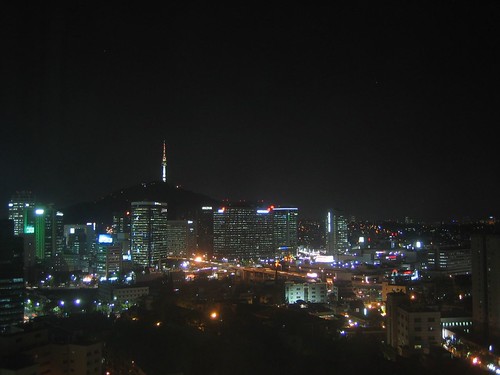 This picture is the view from my room, just awesome!