Everland (notice the similarity with “Disneyland”) is the biggest theme park in South Korea. Despite its age (it has been opened since 1976), every summer it still attracts masses of Koreans willing to get away from Seoul and spend a fun day. 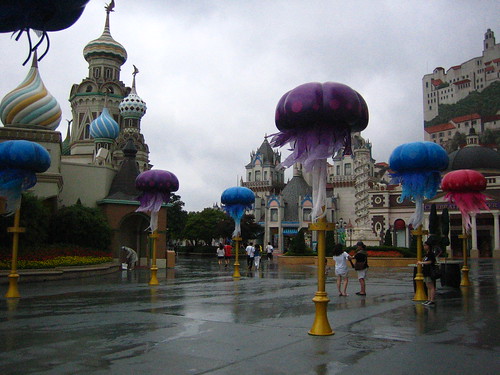 The entrance to the park reminds that of any Disneyland. 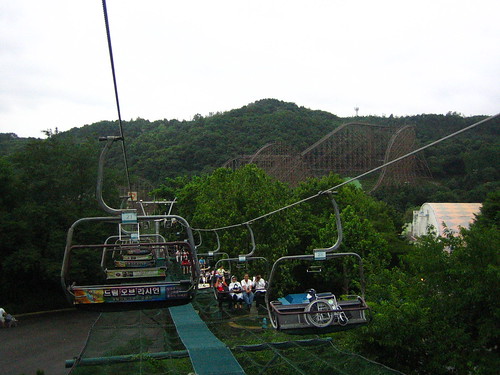 What I liked the most of this park is that it is in the middle of the mountains, with attractions mixing with the trees. The park is so huge that you have to take a chairlift to go from one area to another. The rollercoaster in the background is one of the most recent attractions (it opened in 2008). It is made of wood and has one of the steepest freefalls in the world (you can see some pictures from when they were building it here). Unfortunately (or luckily) I couldn’t ride it, as it was closed because of the rain. 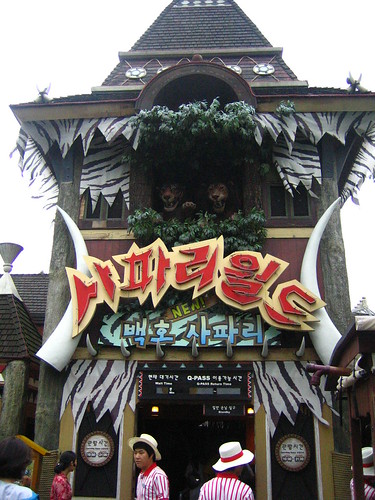 One of the few attractions that we could ride was the “Safari World”, or “사파리 월드”, as they write it in Korean. 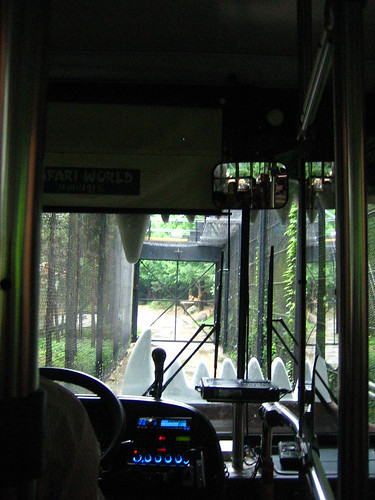 Basically, they get you on a bus and take you on a tour in a “Jurassic Park” style. 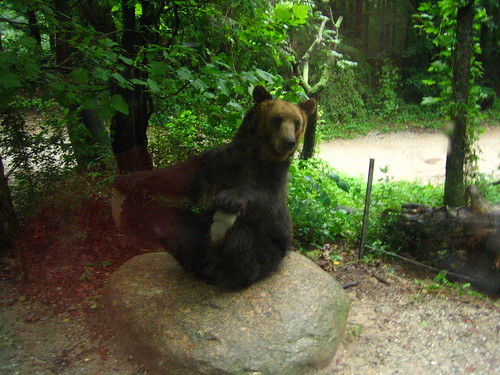 In Safari World, animals (bears, tigers, lions, jabalis… what you can usually find in a zoo) are more or less in liberty, although as you can see they are quite far from being wild animals. This is that this poor bear had to do to get some cookies from the bus driver. 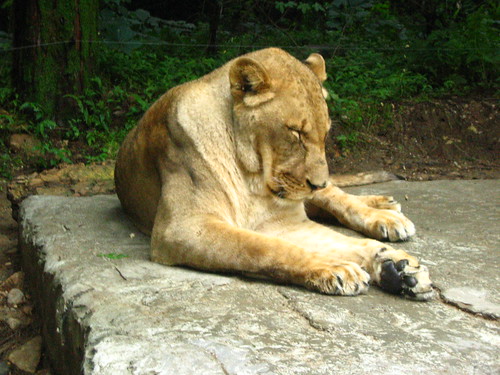 This tiger on the other hand, decided to forget about the cookies and take a nap instead. 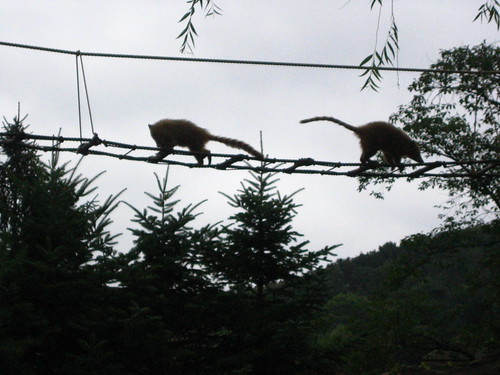 These kind of giant rats are coaties. They had them walking on these bridges that went over the path that people followed. 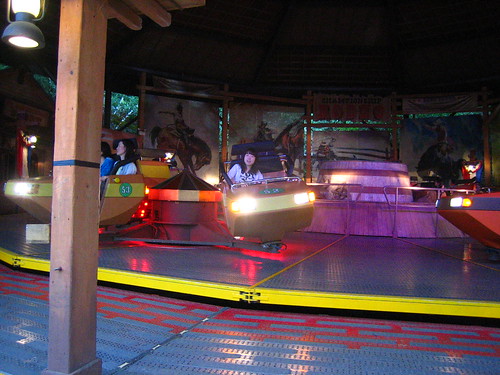