Nami Island (Namiseom, 남이섬) is a Korean island on the river Bukhan (Bukhangang, 복한강) on the border between Gyeonggi-do and Gangwon-do (approximately one hour and a half drive from Seoul). Although this place is very popular among Koreans, and can be seen in most Korean dramas (specially in romantic scenes where the boy declares his love to the girl), it’s not usually visited by foreign tourists.

The island is small, but quite pretty, perfect to relax for a while and spend the afternoon walking around a beautiful scenery. Now there is a shuttle bus that goes directly from Insadong to Namiseom for around 15,000 KRW the round-trip (more info here), a bit expensive, but probably the most convinient way to get there for tourists, as it is not easy to get there by conventional bus or train (for instructions, check here). 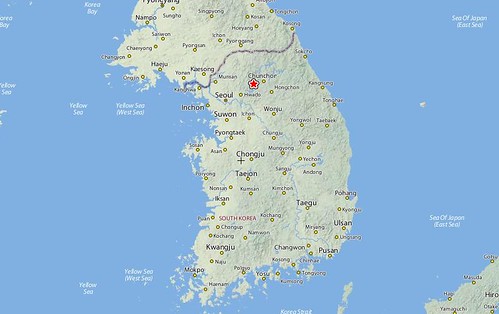 The red star is where the island is located.

With Jiwon, taking the ferry that took us to the island. 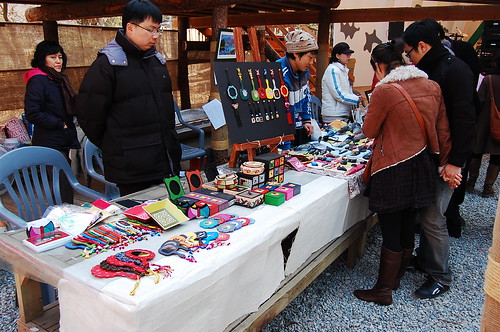 They sell all kinds of Korean souvenirs, from mirrors (a must-have accessory for any Korean woman) to musical instruments. 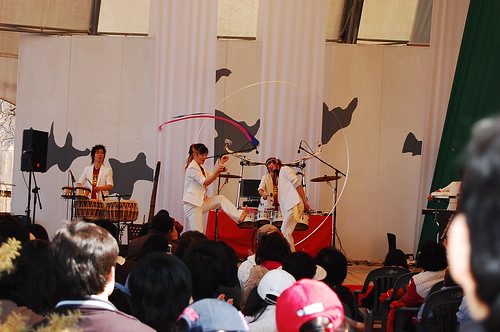 In the island you can also see performing shows. I really liked this one in which the artists mixed traditional Korean instruments and dance with modern techniques and styles. 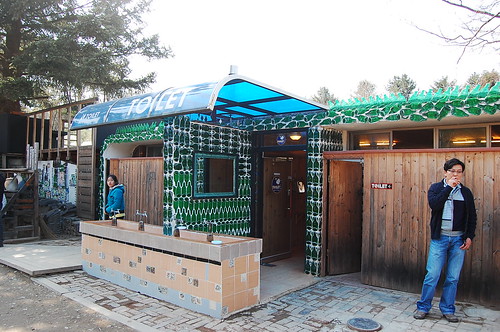 One of the funniest restrooms I’ve ever seen. The walls were made out of soju bottles which had been previously melted down to make them flat. 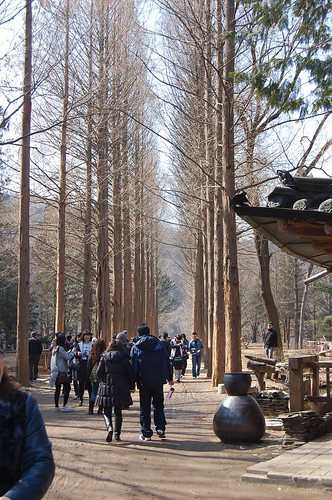 These is one of the spots that always appears in Korean dramas. The trees change according to the season of the year (winter is not the prettiest one).

Another nice view of the montains surrounding the island.