As I had to leave Korea in order to get my working Visa, we went to spend 5 days in Tokyo. Also to visit Jairo, Peque, and Satomi, whom I didn’t see since last year. This is actually my third trip to Tokyo, but still, this city is always worth visiting. Here you have some pics I took 🙂 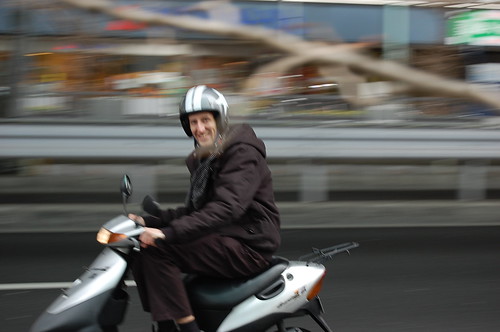 Jairo is in Tokyo… and he has a scooter!! 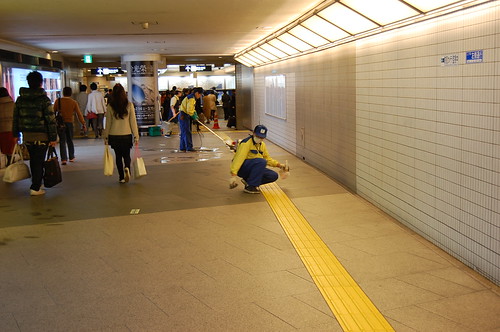 One of the many impressive things in Tokyo is its absolute cleanliness. Here they were polishing the yellow lines on the subway station floor.

With Jiwon, Jairo, y Celia in an izakaya right under the Shinkansen railways. 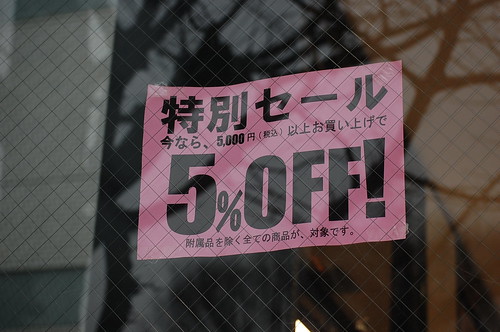 Everybody knows that interest rates in Japan are not very generous… Well, it seems sales aren’t much better. 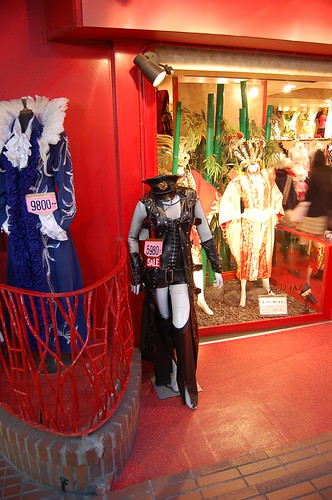 In Takeshita Street (Harajuku Station) it’s easy to find characters dressing like this (cosplay). This is also something you can see more and more in Seoul nowadays. Specially on weekends at the Hongdae area.

With Jiwon at Yoyogi Park, near Takeshita Street. 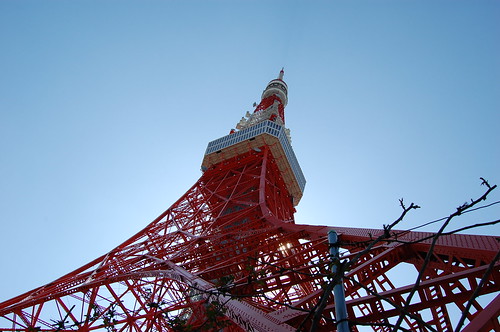 The day we went to see the Tokyo Tower was the only day the sky was clear, perfect for taking this kind of pictures. I don’t know why (pollution??), but in Seoul the sky always has a pale tone that makes it appear totally white in pictures 🙁 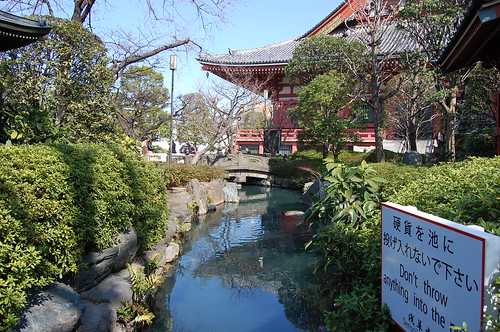 Right next to Asakusa Temple (a must-see spot for any tourist in Tokyo) there are these gardens. 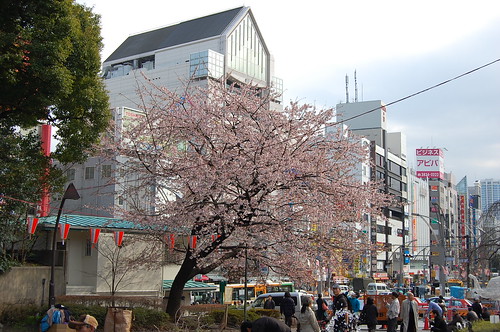 Even though it’s still a bit early (festivals usually take place in late april), we would see some cherry blossoms in Ueno Onshi Park. 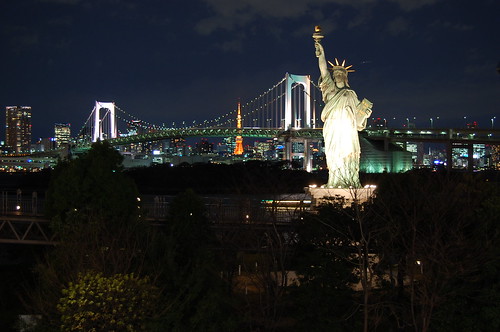 Another place I hadn’t been before is Odaiba Island. I recommend you to go at night, as you will be able to enjoy these views (if you go in winter on a windy day, be prepared to get cold…).

Of course, we also went out at night. Here we are (from left to right) myself, Jiwon, Elena, Peque, Jairo, and Satomi at a bar in Roppongi. 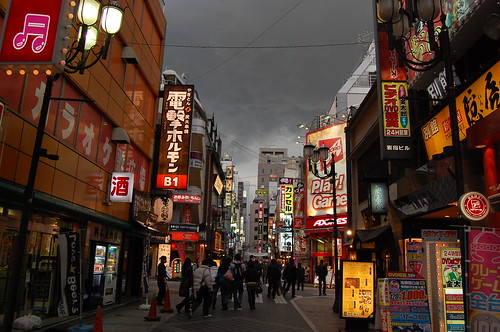 On our last day in Tokyo, this is how the sky looked like (I didn’t use Photoshop in the picture). Surprisingly enough, it didn’t even rain at last.

Before going to Spain, I spent one week traveling around Japan:D

I arrived at Kansai Airport from Seoul, where my friend Azusa picked me up and took me to Kobe. I spent three days at Azusa’s place in Amagasaki, a city near Osaka. 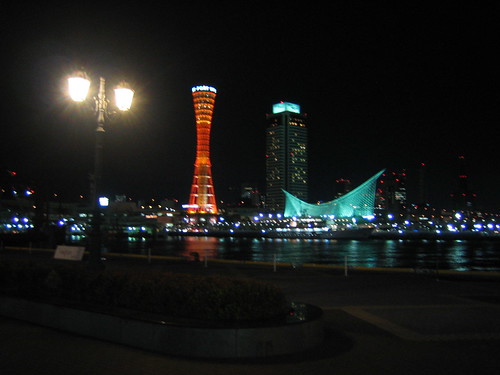 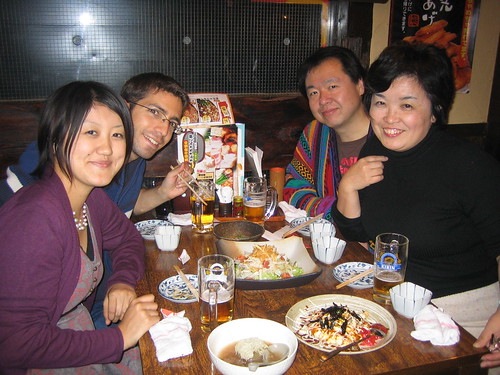 Having dinner with Azusa, her step-dad and her mom. 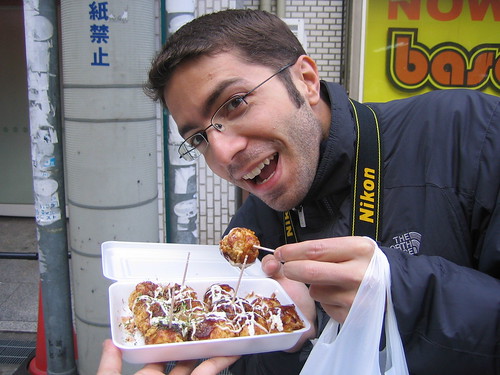 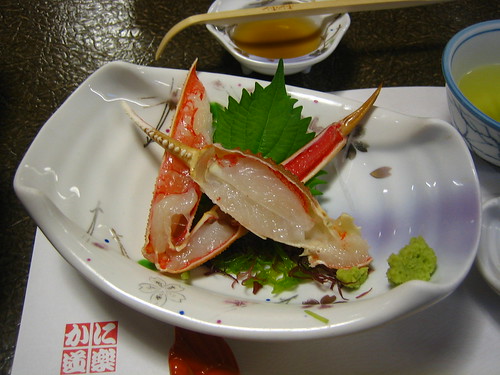 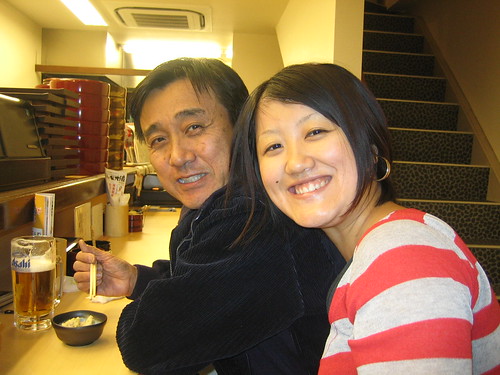 Asuza with her dad.

Azusa’s family treated me really well, they took me for dinner several times and showed me around. One day Azusa took me to the pre-school where she works. It is an international pre-school, so children can only speak English and speaking Japanese is forbidden. It was maybe the most fun day of the trip! I played with the children for more than four hours. They were all so cute and seemed to love me:D 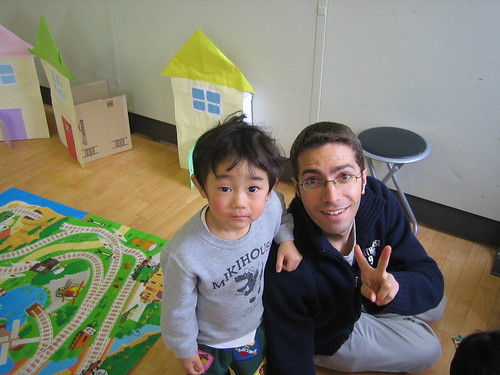 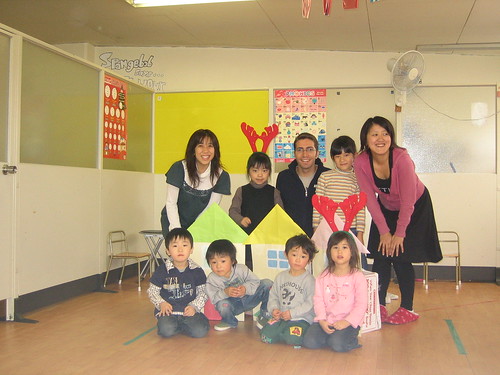 With Azusa, her boss, and the children.

We also went to Universal Studios Japan, which is the only Universal Studios in Asia and is in Osaka. As Christmas were close, it was quite crowded and we had to wait like one hour line to get into any of the attractions, but it was still good. 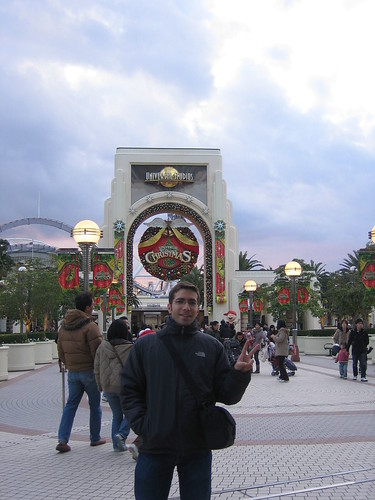 After that I went to Kyoto for three days. Kyoto was the capital of Japan for more than one thousand years, so it’s full of monuments, temples, shrines, etc. The first day I visited Kiyomizu-dera with Azusa’s mom. The views were just unbelievable. The second day I went to see another temple (Kinkaku-ji), and the third day I visited the imperial palace, had lunch with Yuko, and left for Tokyo in the Shinkansen. 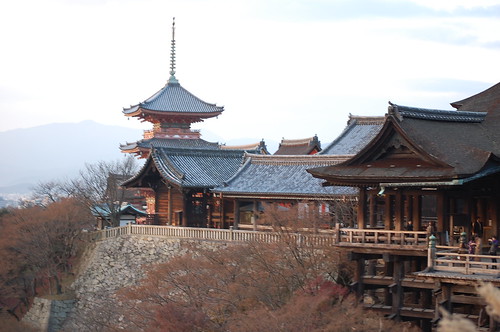 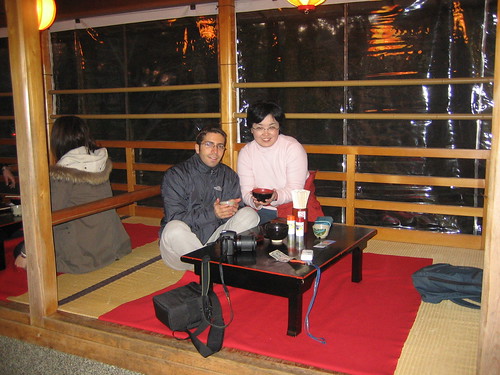 With Azusa’s mom at Kiyomizu-dera. 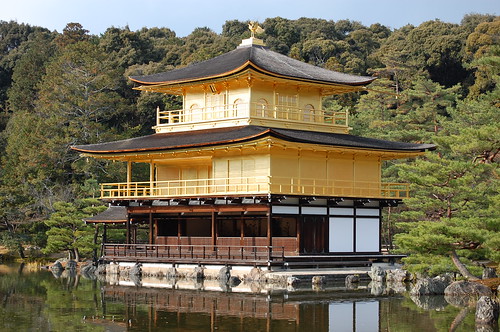 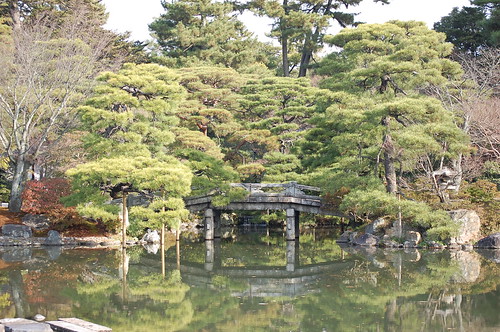 Lake at the Imperial Palace. 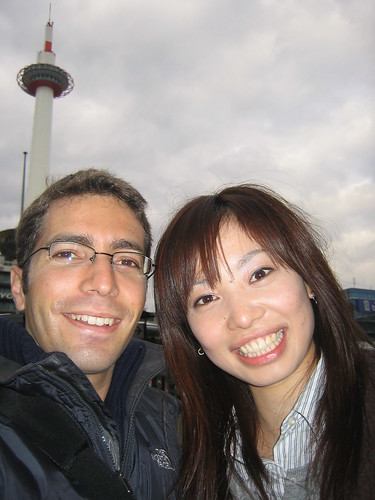 With Yuko. It took us like seven tries to get Kyoto Tower in the picture:P

In Tokyo, Thanita and Satomi were waiting for me at Shinagawa station. That place is huge! It took us like one hour to find each other at the station.

What surprised me the most of Tokyo is that there is people everywhere. I mean, Seoul is already a crowded city, but Tokyo is just crazy. The subway works pretty well, although I found it quite complicated. There are not many indications in English, and the machines to get the tickets are not very easy to use (more than once I got a train ticket when I wanted a subway ticket and vice-versa). 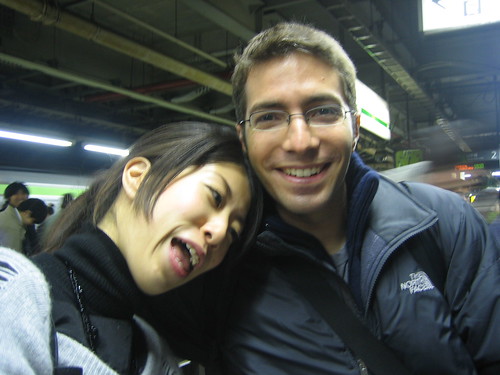 With Satomi at the station. 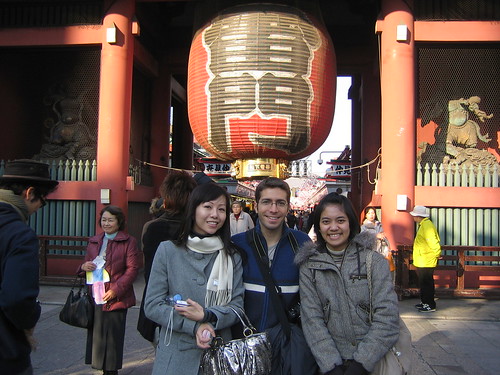 At Asakusa with Thanita and her friend Vivian. 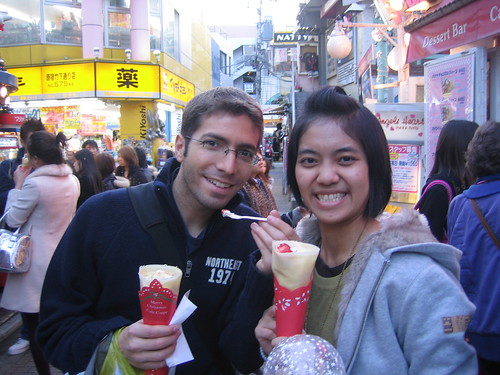 Eating crepes with Thanita at Harajuku.

My last night in Tokyo I went to Shibuya with Satomi and her friends. We crossed the Shibuya Crossing, considered the world’s busiest crossing. Of course, we also went clubbing:D 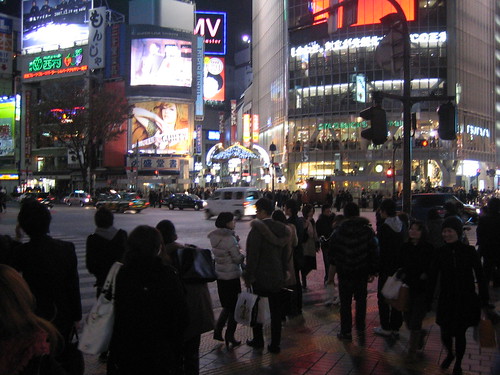 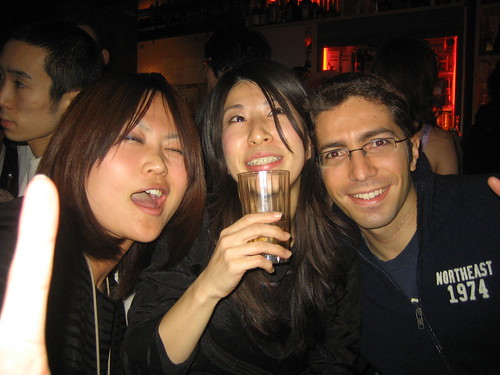 With Satomi and her friend at the club.

To all my friends who took care of me in Japan,

I hope to see you all again soon;)