In Korean, the word haenyeo (해녀), means literally “sea woman”. The story of the haenyeo (also known as “Korean mermaids” or “Jeju mermaids”) is one of the most interesting stories that one can hear in Korea. The truth is that there are many versions of this story, and noone seems to know which one is the right one. After doing some research on the Internet, it seems that the haenyeo phenomenon started around the late 19th century, early 20th, although I have read some people saying that the haenyeo (understood as women who dive to fish and hence survive) were in Korea as early as 400 b.c.). 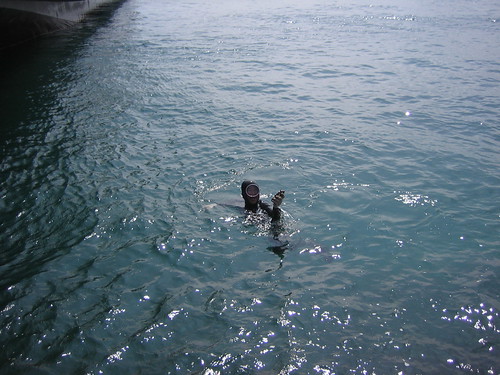 During our trip to Jeju (more exactly in Udo Island) we had the chance to see the haenyeo in action.

In the old times, on the southern Korean Islands, most of the population made a living from fishing. Many fishermen died while fishing due to the bad weather and the storms, and widowed women were forced to raise their children alone, so they started fishing underwater. And this is how the haeneyo started (at least this seems to be the most accepted version). This way of fishing started getting more and more populare among the female population (also partly due to the fact that women didn’t pay taxes, while men did) and daughters of these women started fishing too, creating a tradition which seems to be doomed to disappear. 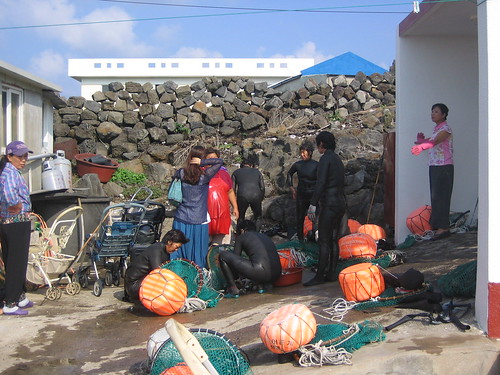 These women can descend down to 20 meters or even deeper, holding their breath for several minutes. They say that years and even evolution/natural selection made their bodies specially suited to bear the low temperature of the water, as well as pressure changes (whoever has done diving will know that going down to 20 meter is not a joke). That’s why the haenyeo are usually called “Korean mermaids” or “Jeju mermaids”. This job is mainly done in summer, but also in winter, despite the low water temperature. Even though nowadays the haenyeo use neoprene and weights, in the old times, these elements were not used. 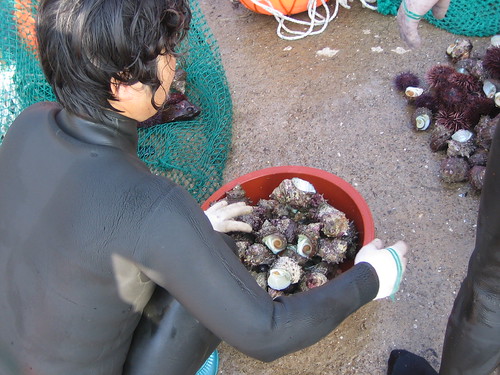 Nowadays, the younger women in Jeju don’t want to continue such a hard job, and they usually move to the city and study, or just live from tourism, main source of income in the area. According to the wikipedia, today there are around 5,000 haenyeo registered as such, out of which 85% are over 50 years old. 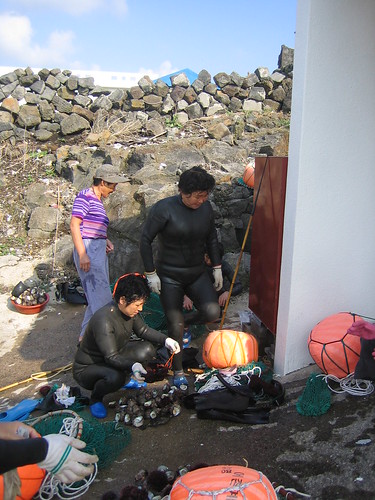 Their appearance is that of a person that has been working hard all her life, with their faces tanned by the sun. By the way, if you were hoping to see mermaids like those in the movies or cartoons for children, I’m sorry, I couldn’t see any either 🙂 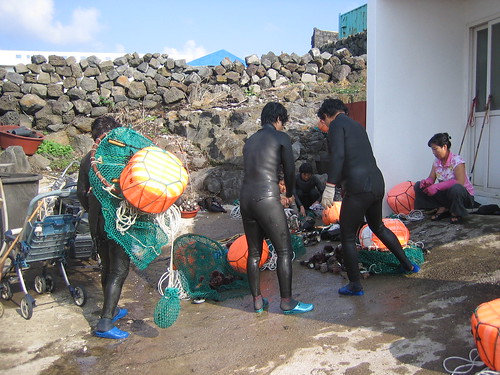 Here is where the haenyeo sell their catch. 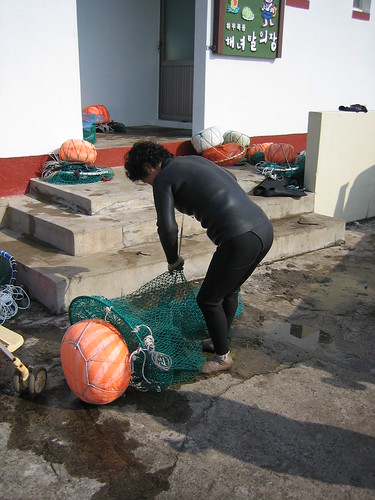 Althogh nowadays the haenyeo use neoprene suits, this activity used to be done without any kind of special protection against the cold waters. 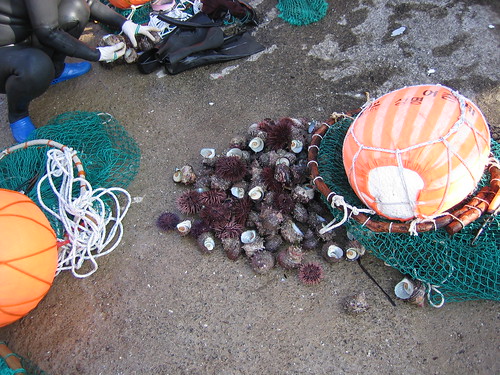 Here is the catch. Shells, sea urchins, and conchs that they will sell to the restaurants in the island. 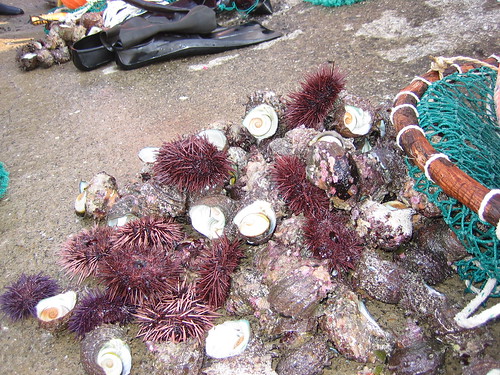 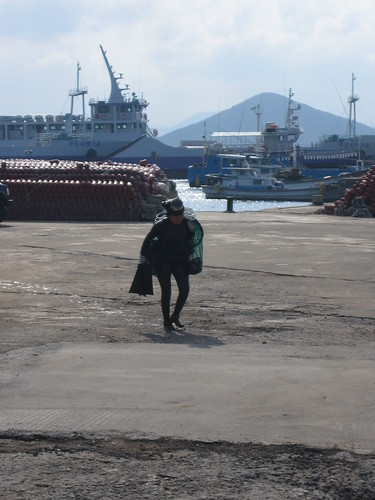 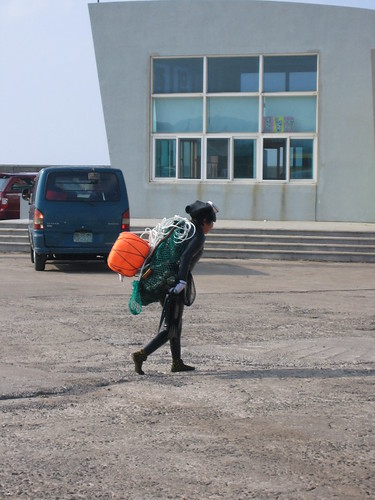 Usually the heanyeo carry that buoy to signal their location when they are ascending. 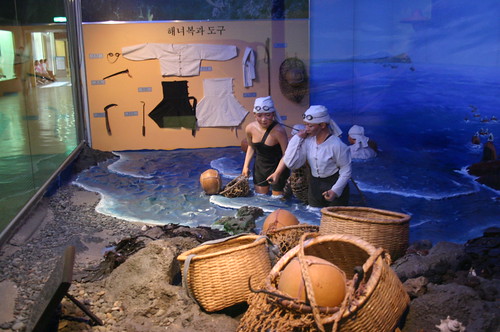 In the museo de las Haenyeo you can see how the haenyeo used to fish in the past, with its tratidional suit (picture by karendotcom127).

To finish this post, here is the trailer of the movie “My Mother The Mermaid”, a Korean movie that shows the haenyeo. It is a movie about a girl (the Korean actress Do-Yeon Jeon, who travels past in time and gets to know her mother when she was a haenyeo in Jeju. In the trailer you can see the haenyeo diving. You can also see how they differentiate the mother from the daughter (both are played by Do-Yeon) by using a darker skin and more “wild” behavior on the mother (a characteristic of Jeju natives).