Last weekend my host family (Ga-Young and Eun-Hye) invited me to their hometown, Gumi. This city is located in south-central South Korea, near Daegu (or Taegu). Here’s is a map where you can see Gumi (the red star), Daegu, and Seoul: 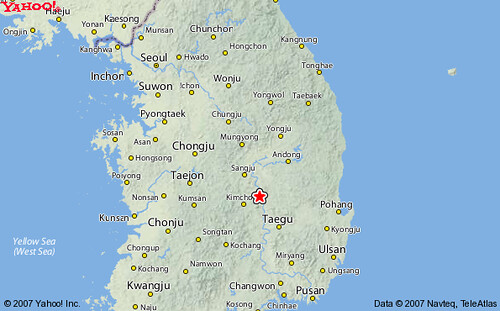 Gumi is known for being the birthplace of Park Chung-Hee, former president of South Korea (from 1961 to 1979), as well as for hosting some factories where Samsung cellphones are made by its subcontractors.

We left Seoul on Saturday and it took us around three hours by train to get to Gumi. Once there, I met Ga-Young and Eun-Hye’s parents, younger brother (Jong-Won), older sister (Su-Young), and of course, their new dog (Youbi). As most Koreans, they are all really nice people, and made me feel as part of their family:D

On Saturday they took me to the top of the Geumo (“Golden Crow”) mountain, where you have a very nice view of Gumi.

After that, we had duck (not dog!) for dinner at a very nice Korean restaurant. One of those in which they don’t even have tables for occidentals and you have to eat sitting on the floor:)

On Sunday, we went to a Buddhist temple in Kim-Chon (see the map), a city near Gumi. Because fall is coming and the trees were turning red, and also because it was Sunday, it was pretty crowded, but we had a nice time and I could see real monks praying for the first time in my life.

On the way back to Seoul, we took a faster train, the KTX (Korean Train eXpress), based on the French TGV (runs at around 300 km/h).

Well, here are some pictures: 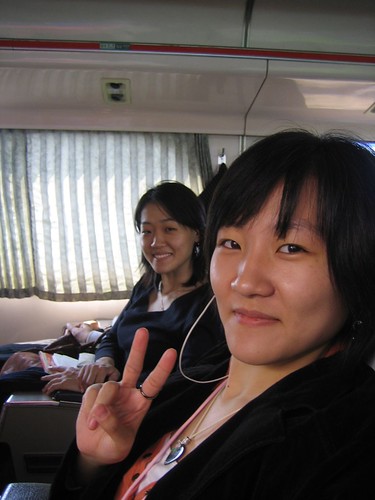 Ga-Young and Eun-Hye on the train. 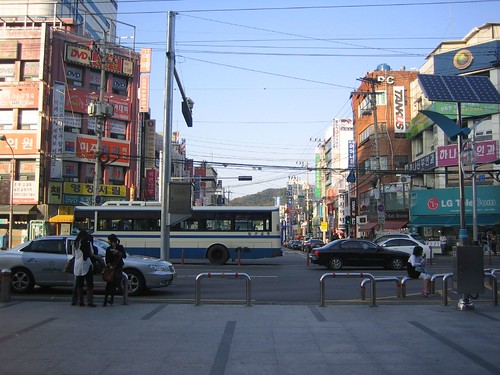 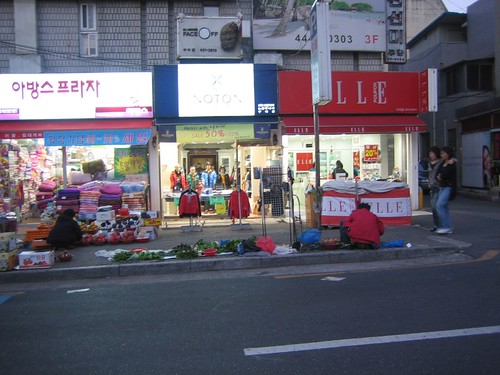 Selling vegetables on the street. 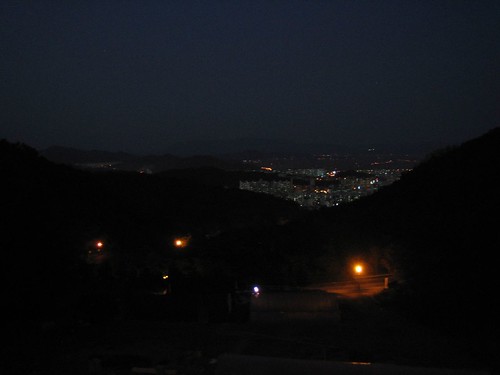 Gumi from the Geumo mountain. 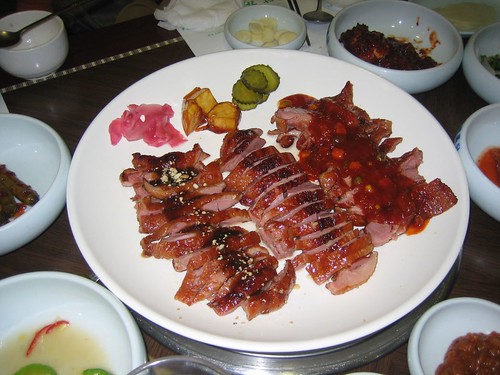 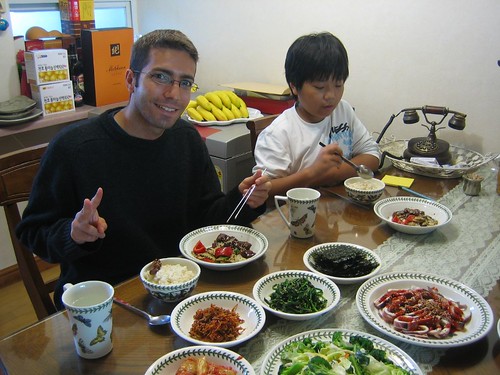 Having a typical Korean breakfast. 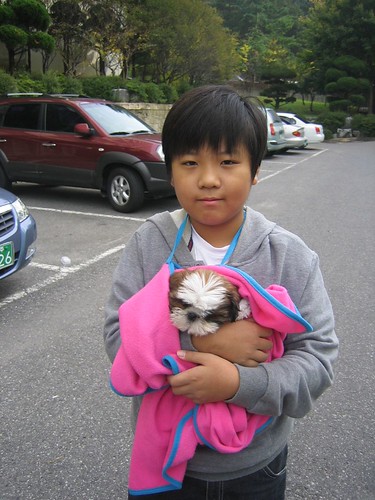 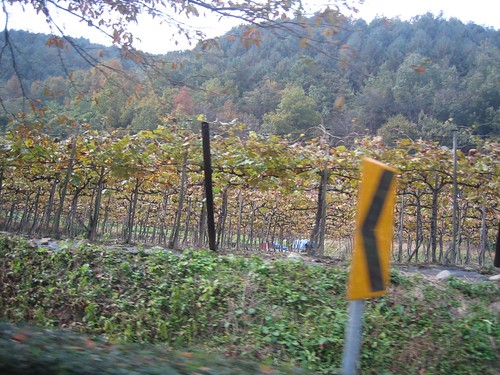 These are vines. They put sticks so that the grapes grow above the floor. 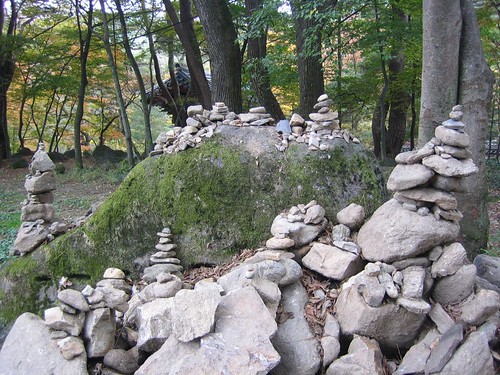 When people come to pray, they put a stone making these piles. You have to be careful, because if the stones fall, it will bring bad luck. 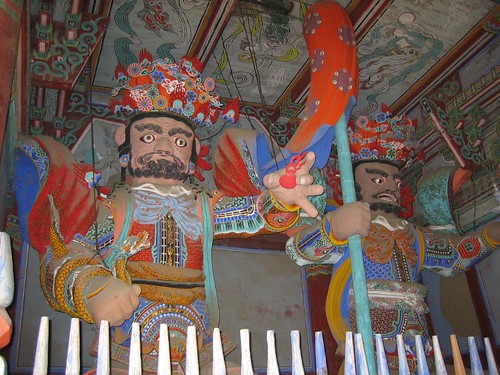 These are the temple’s guards… scary, huh? 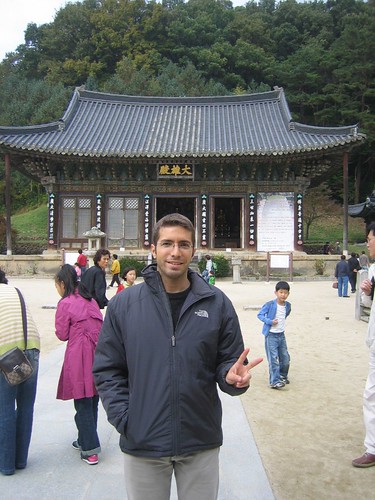 Standing in front of one of the many temples. 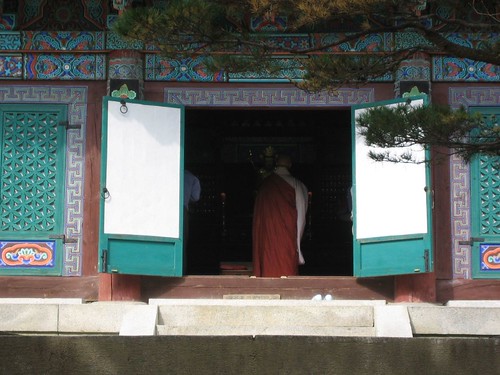 There were some real monks praying to Buddha. 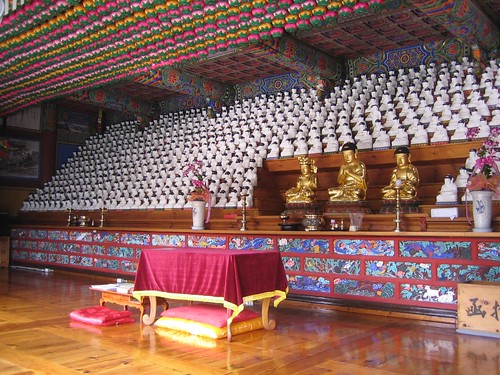 There are 1000 buddhas in this room. Can you find the only one standing? 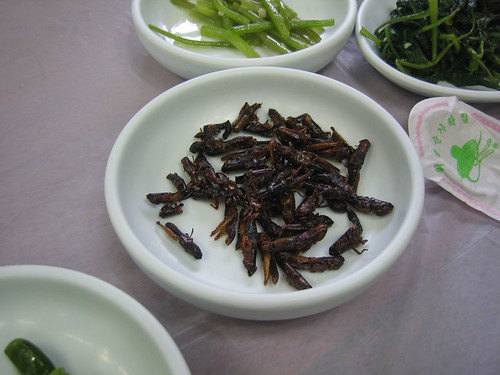 Yes, these are grasshoppers, and I tried one! 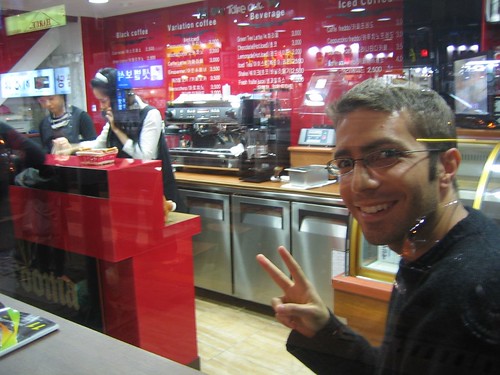 And that was it! A very nice weekend discovering another face of South Korea. ^-^//