I had some pictures of my apartment that I wanted to show you, but I am so lazy that time passed by and I don’t even live there anymore. Anyway, here are the pictures of a typical studio apartment in Seoul, also know here as one room (원룸) or officetel (오피스텔). They are apartments where the kitchen, bedroom, and living room share the same space and only the bathroom is separate.

The funny thing with these apartments is that they have kind of “brands”. For example, mine is a Daewoo The O’Ville (대우디오빌) (and yes, in Korea, Daewoo, besides making cars, it’s also a construction company, like Samsung). There are The O’Ville in different places in Seoul, and all of them are almost the same, both the building facade and the rooms inside… it’s like having copies of the same building spread all over the city. 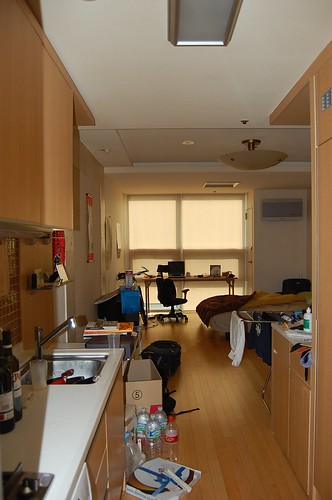 Right at the entrance door. Welcome! 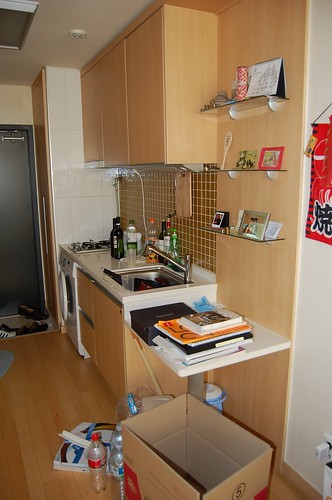 View of the kitchen. Sorry for the mess, but I wanted to show it in its natural state, with its pizza boxes and empty bottles. The big box is there because I was already moving out when I took the pictures. 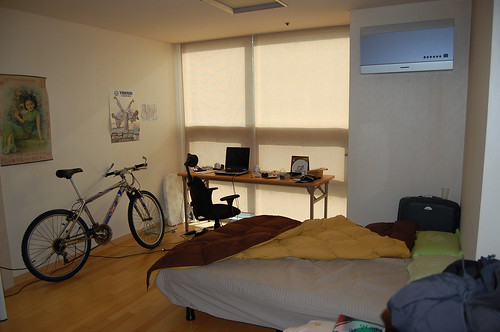 View of the main room, desk, super king-sized bed and my bicycle. 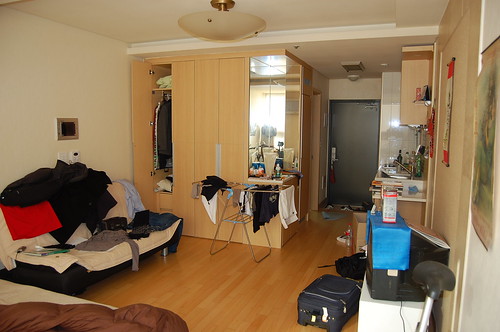 View from the opposite side. The mess is because I was packing to go back to Spain (and because I am that messy). 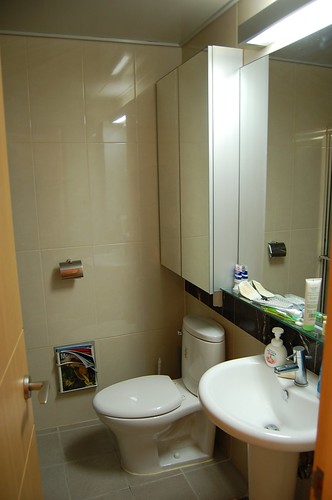 The bathroom, small, yes, but I kept it quite clean:) 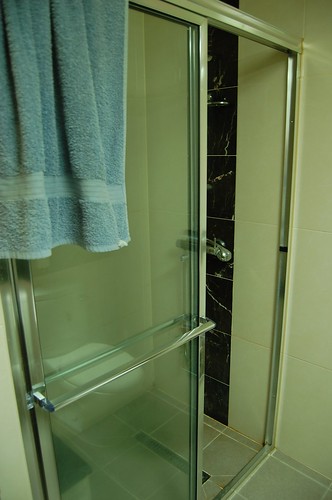 The shower, what I liked the most of the apartment. In older buildings the shower is usually hanging from the bathroom’s wall, without a screen or anything, so you have to shower in the middle of the bathroom, right next to the toilet… They call this “traditional Korean shower”, although traditionally Koreans didn’t have showers because they used public baths. I didn’t like this very much, so I looked for a more modern apartment with an “occidental” shower, which is how they call it here. 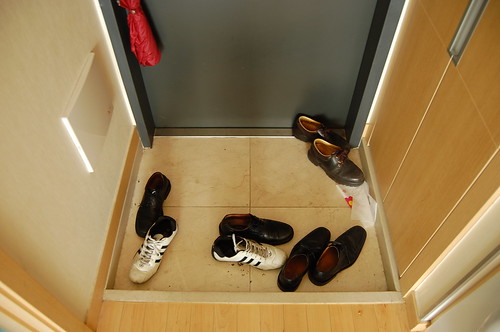 Finally, the entrance, where you are supposed to take off your shoes. In Korean you never go into a house with your shoes on, you must take them off at the entrance as you see in the picture (this is not common at all in Spain, specially in the south, where I come from). We have had house parties in which this part of the house was pretty fun (here is such a case, at the Halloween party, in Jairo‘s place).

So this is all for now, I promise you have more new soon, as I have many things to tell 😉