Finally I have some time to show you the pictures from our last trip in 2008. This time we went to the Philippines, one of the last Spanish colonies and a true paradise. Among all the islands that belong to the Philippines, we decided to follow Pura‘s advice and travel to Bohol, kind of avoiding other islands’ crowd (such as Boracay). I believe we did well, and in Bohol we found what we were looking for, some rest, and things to see apart from beaches and coral reefs.

With Ji-Won and Jairo, on the plane that would take us to Manila. 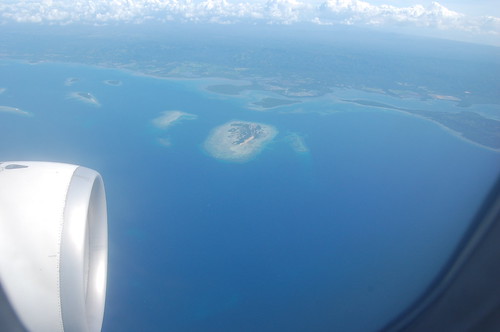 Philippine islands from the airplane. Philippines has more than 7,000 islands, many of them surrounded by coral reefs. 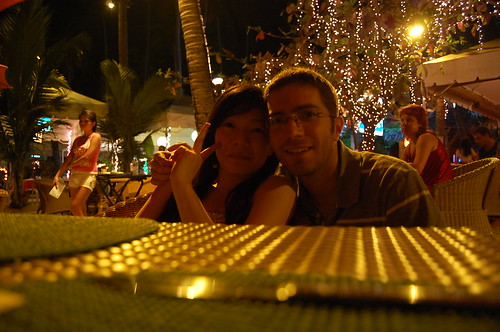 Once in Bohol, we found it’s a small and quiet island with plenty of restaurants and delicious and quite cheap fish.

Ji-Won with a Tarsier, a primate that can be easily found in the Philippines, known for its tiny size, huge eyes and long fingers. 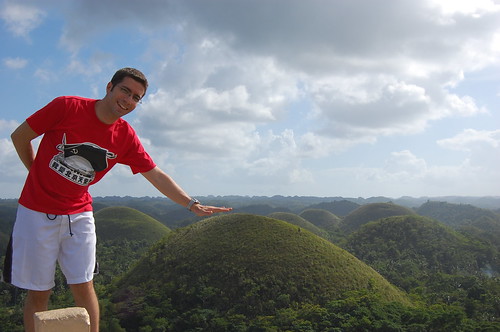 Another must-see spot in Bohol, are the Chocolate Hills. They are more than 120 little hills which were formed by coral accumulations when Bohol was covered by the ocean. This gave these hills a brownish color by which people started calling them “Chocolate Hills”. 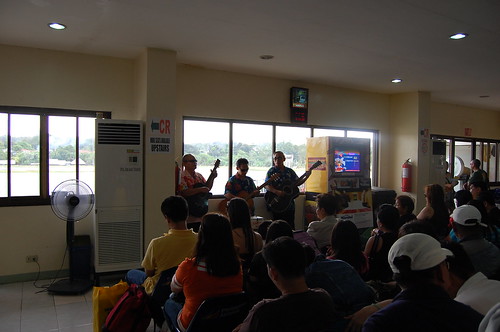 Already on our way back to Seoul, at Tagbilaran Airport (Bohol) we found something to remind us we were at a tropical country. A group of… mariachis? played some music while passengers were waiting at the two boarding gates this this airport has (the smallest airport I have ever seen).