The Changdeok Palace, also known as Changdeokgung, Secret Gardens Palace, or East Palace (because of its situation, on the east of Gyeongbok Palace (post here, and here)) is one of the five great palaces of Seoul, and the only one which has been declared UNESCO World Heritage. The palace is composed of several gardens, which image changes according to the season of the year. I have only been able to visit this palace during fall, but I can say it was really gorgeous, even on a rainy day like the one we happened to go. 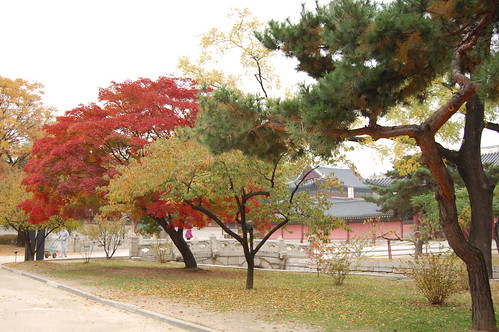 In fall, the color mixture on the trees’ leaves can make the day of anyone who likes photography 🙂 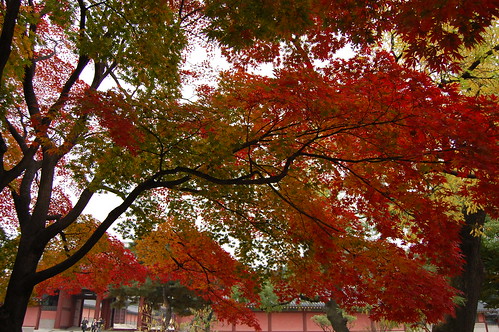 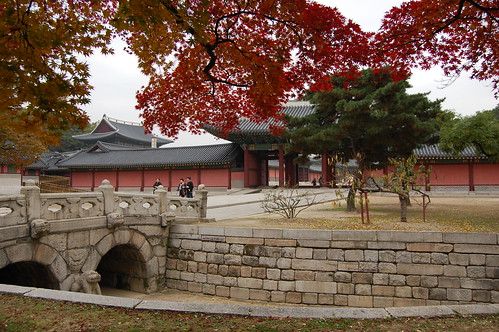 It is only possible to enter the palace in one of the organized tours during the day. There are tours available in English, Japanese, Chinese and Korean, at different times during the day. 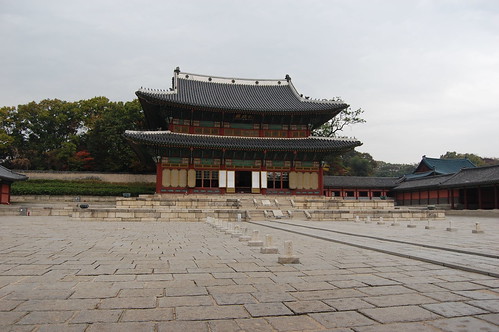 One of the yards of the palace. Those stone posts on the ground are indicators of the position where the different king’s officials must stand. 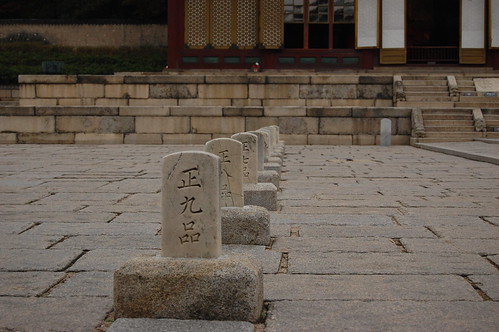 A closer view of the posts. On them there is the name of each official written in Chinese. 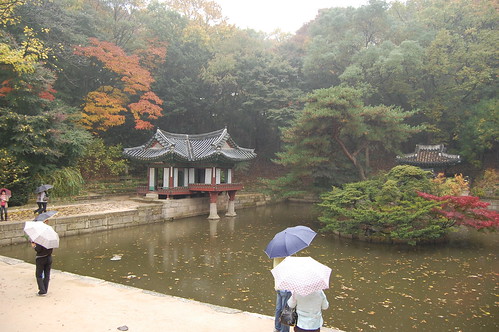 This lake gets full of water lilies in summer, giving it quite an amazing look (picture here). 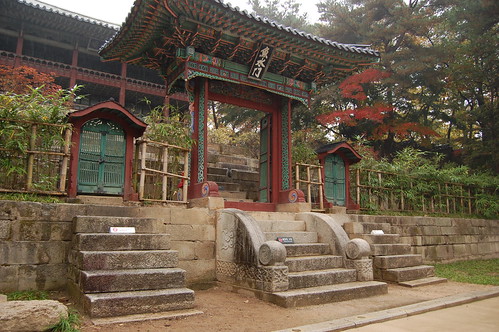 One of the gardens’ gates. The fences are made of bamboo and the roof is the one you can view in many temples and palaces from the Joseon dynasty. 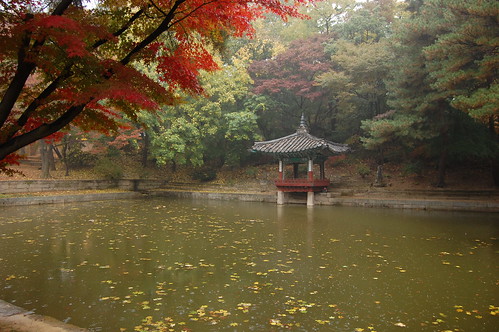 This lake is another one of the many romantic corners in this palace. 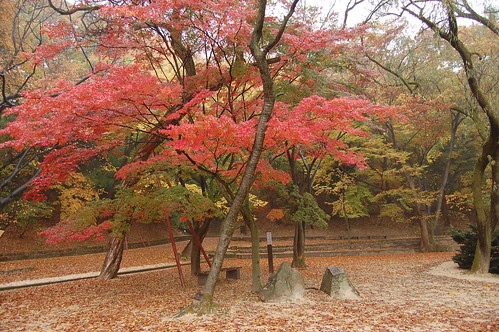 Many famous Korean dramas have been filmed in these gardens. Among them, one of the most popular is Dae Jang Geum (or Jewel in the Palace, in the States), set in Korea’s Joseon dynasty.

Jiwon doing the favorite pose of all Asians 🙂

Visits to this palace are quite limited. It closes on Mondays, and to go in you have to join one of the few organized tours for 3,000 KRW the normal one, and 5,000 KRW for the one they call “special” (I don’t think it is so special, but can be an option if you miss one of the “normal” tours, as there are not many tours during the day). The “normal” tours in English start at 11:30, 1:30, and 3:30. The tour takes around one hour twenty minutes approximately and you can expect to walk around 1.6 miles during that time.

Given their proximity, it is possible to see both the Changdeok and Gyeongbok palaces in one day. If you take this option, it may be better to see the Changdeok Palace first, because it closes earlier and it is also more limited in times.

Finally, I must also say that, only on Thursdays, it is possible to visit the palace without a tour (they call it “self-guided tour”) given that you are willing to pay as much as 15,000 KRW per person. For those who want to take pictures without people around this may be a good option.