During the Korean Chuseok, we have spent nine days in the Philippines, specifically in Camotes Islands, Mactan, and Moalboal, in Cebu Island. Some days off that have been perfect to disconnect from work and come back to Korea with my batteries fully loaded.

It seems that we happened to go during the low season, which is a bit rainy. But because of the low season, we had the chance to be a little more on ourselves (at some resorts we were the only clients), enjoying cheaper prices, and luckily enough, it only rained during some nights, although so strongly that rain even woke me up. 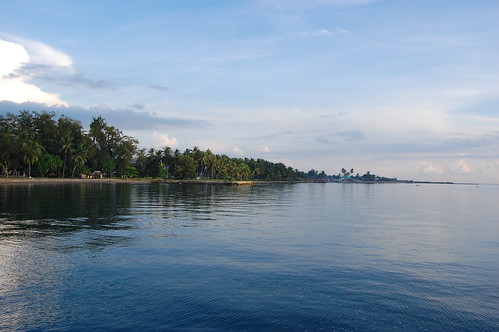 As soon as we landed in Cebu, we took a cab to North Bus Terminal. From there, we took a 40 minutes bus ride to Danao Port, from where we took the ferry to Camotes Islands. 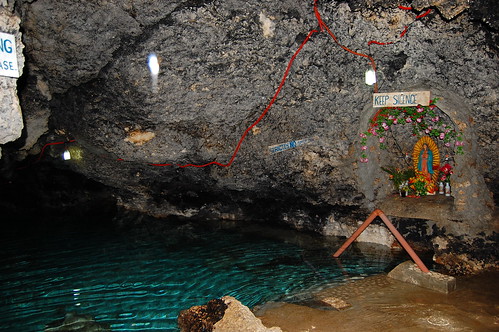 Camotes Islands is a group of four islands on the east of Cebu. We were only in Pacijan Island, where among other stuff, you can visit this cave (I forgot to write down the name, I can only remember that it was at the north) which has a lake with crystal-clear water where many locals come to swim far from the burning heat in the island. 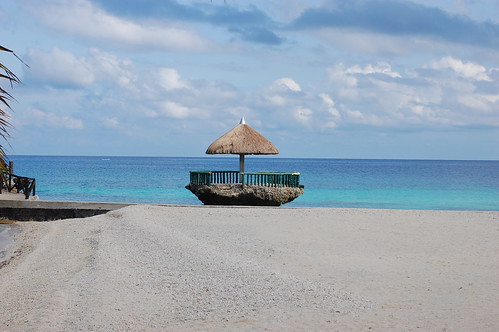 The island was quite peaceful (maybe too much), there are several resorts spread all over the coastline, but there wasn’t any area with restaurants and/or bars, so it is basically not worth it to leave your resort. Also, because of limitations on the electrical generator in the island, everyday there is a power cut from 6 to 7 PM, meaning that the whole island is completely dark during one hour. 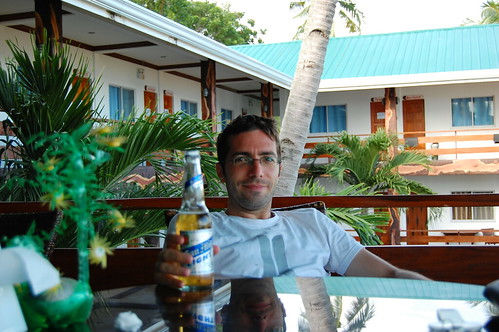 San Miguel beer, one of the many good things that the Philippines gave us Spaniards 🙂 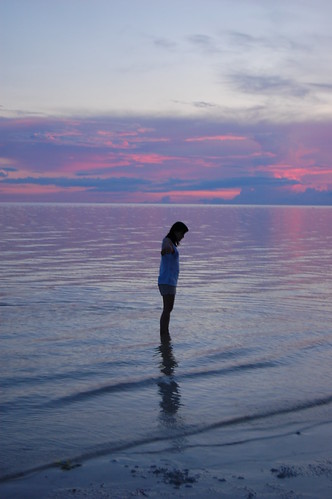 Jiwon, who is used to live quite far from the sea, had a great time looking for crabs. 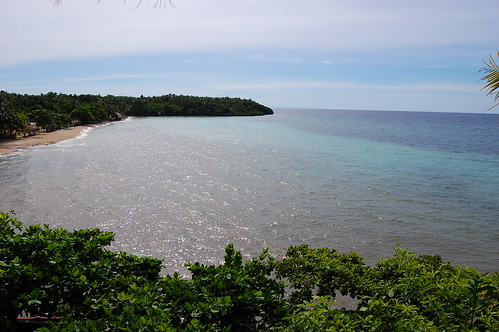 The only thing that brought work to my mind was the constant feeling of having a Windows desktop background image in front of me. 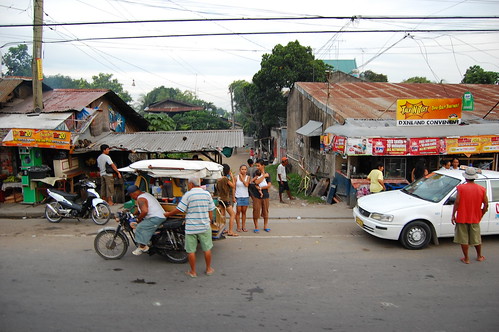 To go back to Cebu City, we took a jeepney from Danao Port to the city (a true adventure). On the way we could see the true Cebu, which is more than wonderful beaches. I got the feeling that Cebu City is still quite far from being a developed city, and chaos was in every corner of the city.

After that, from Cebu City, a bus without air-conditioning would take us to Moalboal city. It was an over five-hour trip, during the night, and including a stop to fix some problem in the bus’ gearshift system… 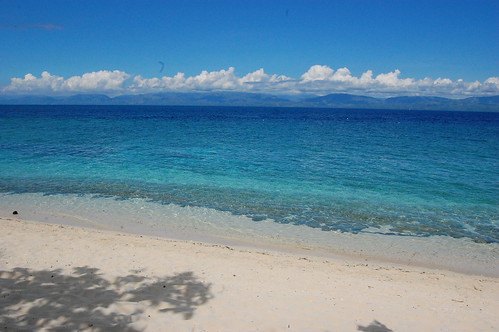 When we arrived in Moalboal (after 10 PM), the first thing we did was finding a place to stay overnight. Next morning, this is what we found 🙂 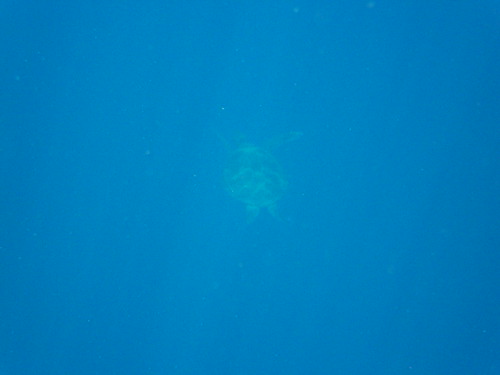 Moalboal is a quite well-known city among divers. We only did some snorkeling, but still we could see some turtles like this one. 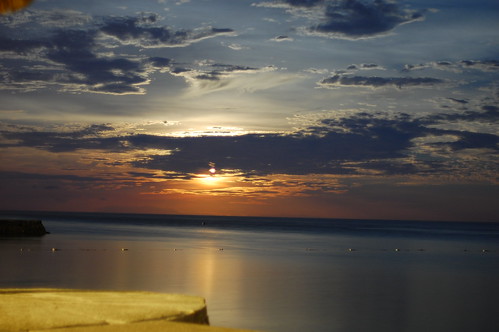 During our last night in the Philippines, already in Lapu-Lapu, near Cebu Airport, we could glaze at Philippines’ sky for the last time. Such a sky is impossible to see from Seoul.