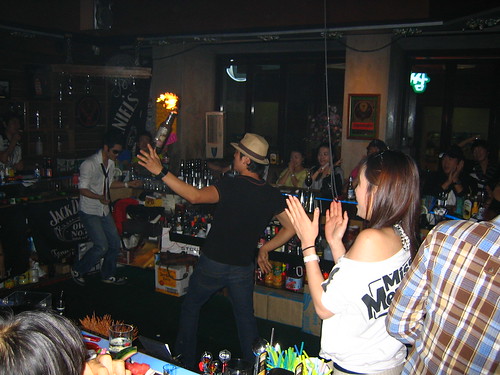 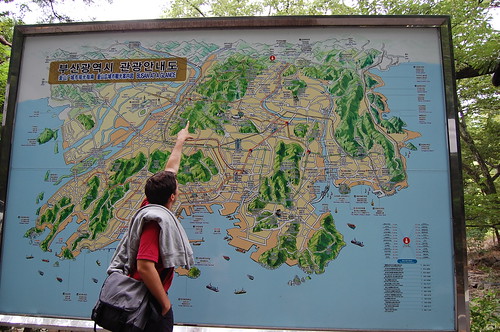 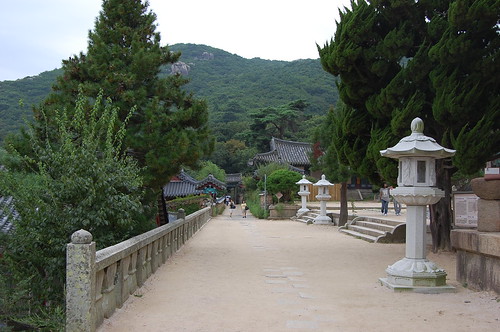 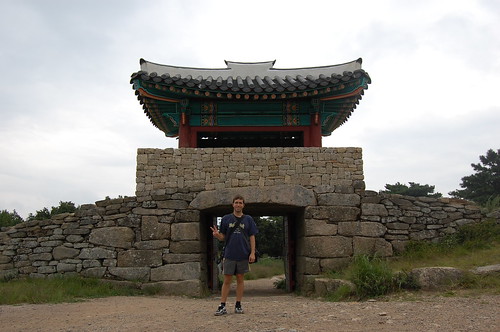 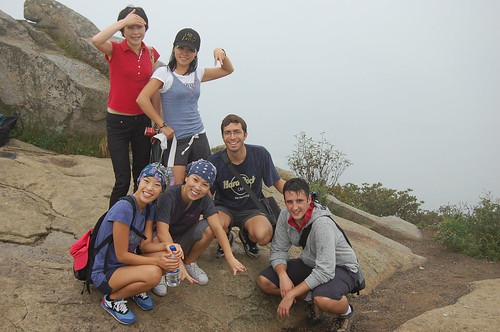 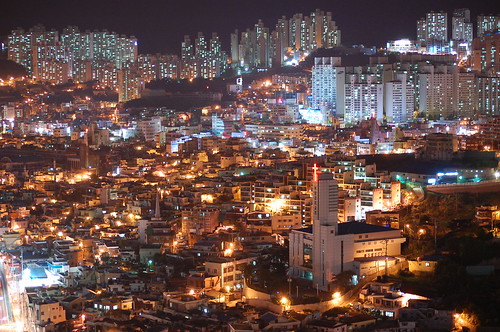 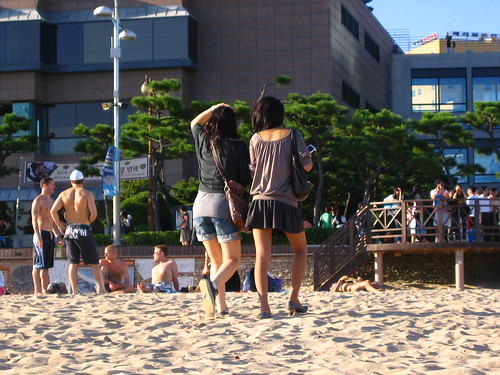 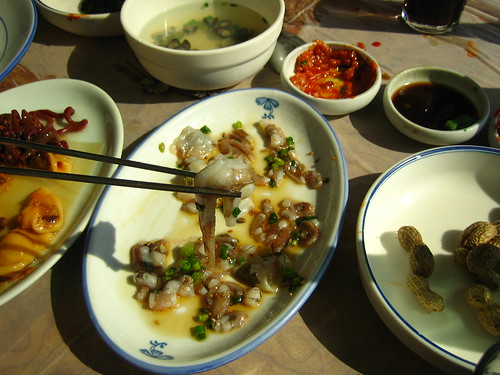 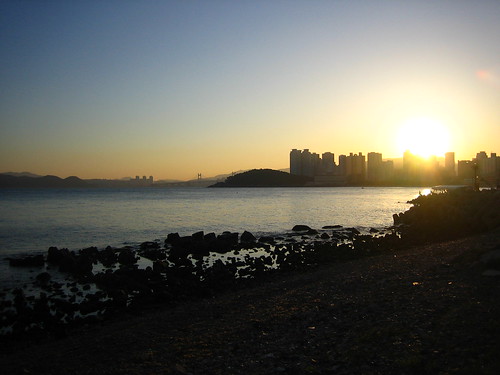 Recently I got a very nice visit. Annika and Tanja came to South Korea and we spent several days toghether. I met Annika and Tanja while I was studing at Indiana State University in the US.

The first place that we went to was Busan, a city in the south-east corner of South Korea, which is popular for its nice weather, fish, beaches, and loud people (just like Malaga!). We spent two nights in Busan, from friday to sunday, and stayed at a youth hostel which was actually an appartment that a guy owned and he rented rooms for backpackers.

I found Busan very similar to Seoul, but with beaches and warmer weather. Appart from that, lots of people (3.7 million in total, and almost 5 thousand people per square kilometer), and lots of buildings everywhere.

The most remarkable spots that we visited were the Jagalchi fish market and the Yonggungsa Temple.

Haeudundae beach is also very popular and it gets really crowded in summer. A girl who is from Busan told us that in summer this beach gets so crowded that you can’t even see the sand, just people everywhere… 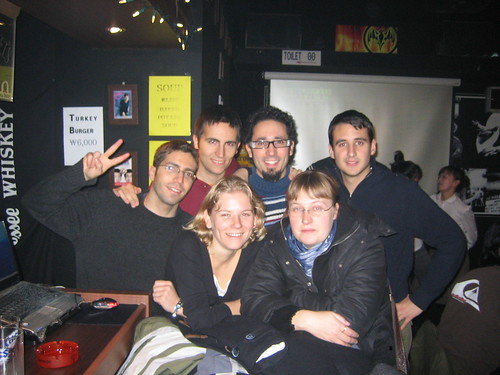 At a bar, from left to right, Manolo, Alex, Annika, Ciro, Tanja, and Pablo. 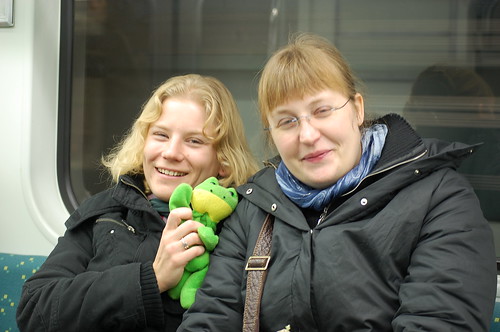 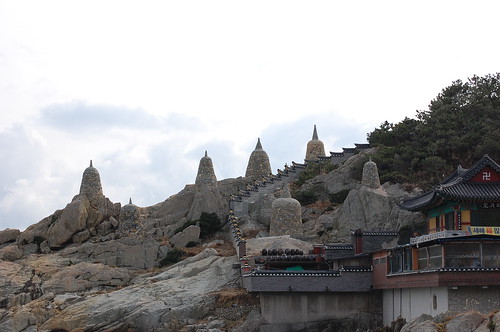 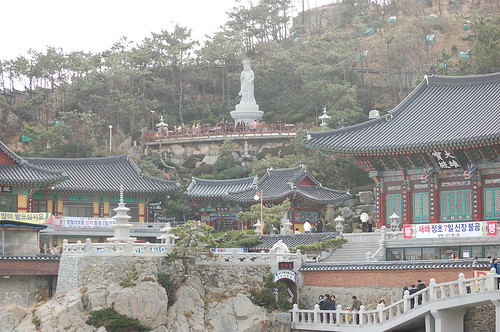 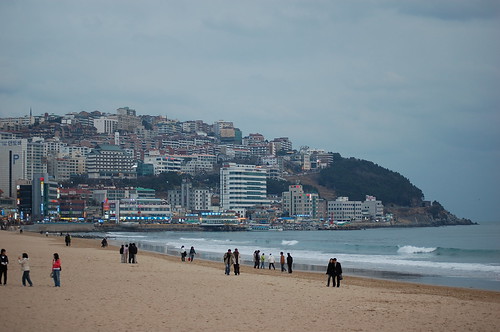 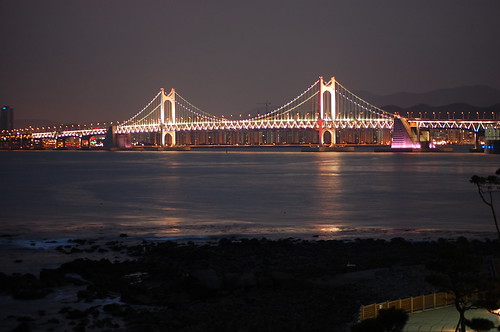 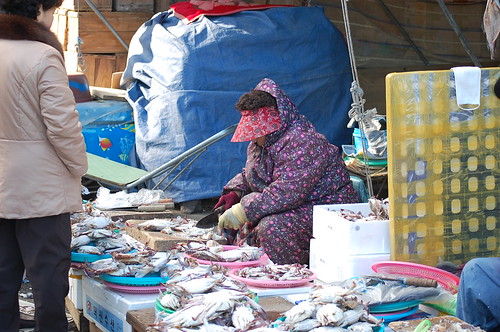 Korean “Ayuma” at the Jagalchi market.