South Korea’s performance these Winter Olympics has been more than outstanding (5th position with 6 gold medals, 6 silvers, and 2 bronzes). But among all the Korean medalists, the true protagonists has been this young skater, whom at her 19 years of age has already won anything you can win in the world of figure skating. Specially these Olympic Games she has set new world records for both the short and long programs. I can say that during both performances, which were broadcast here in Seoul around 1 PM, everybody at my company stopped working to watch the performance on their cellphones, and some people could not even avoid dropping some tears when Yuna started crying after her second performance, knowing that she is making history in figure skating.

Even before the Olympics it was already difficult to take a walk in Seoul and not see Kim Yuna in some commercial… she’s everywhere, every corner of Seoul, in the streets, in the subway, at the malls, she’s the official image for makes such as Nike, Samsung, Hyundai… I imagine after the games she will become even more a social phenomenon here in Korea. 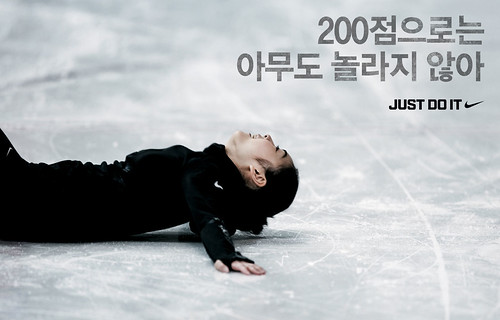 Nike commercial with Kim Yuna: “200 points don’t surprise me at all”. Yuna was the first skater to score more than 200 points. She won the Olympics smashing her own record up to 228.56 points. 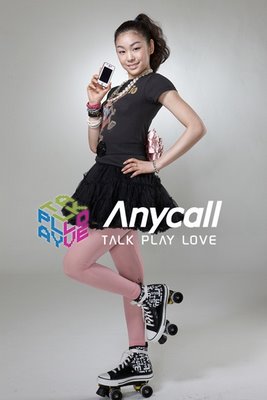 Yuna on a cellphone advertisement for Samsung (in Korea they are sold under the brand Anycall). 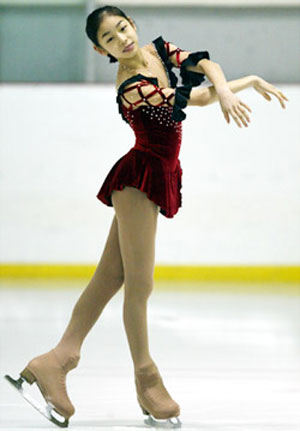 Not only is Yuna good at skating. Music seems to also attract Yuna’s attention. She has already appeared on TV several times singing songs by her favorite Korean artists, and she does not hesitate to sing, either in a noraebang like most Korean teenagers, or at the galas of the competitions where she participates. What’s clear is that she was born to be a star.

Yuna singing with Taeyeon, from Girl’s Generation. ¿Will we see her as a professional singer once she quits skating?

Kim Yuna’s performance at the Skate América 2009. This is one of her most popular performances. In many commercials she does the 007 “shooting” thing like at the end of the performance.